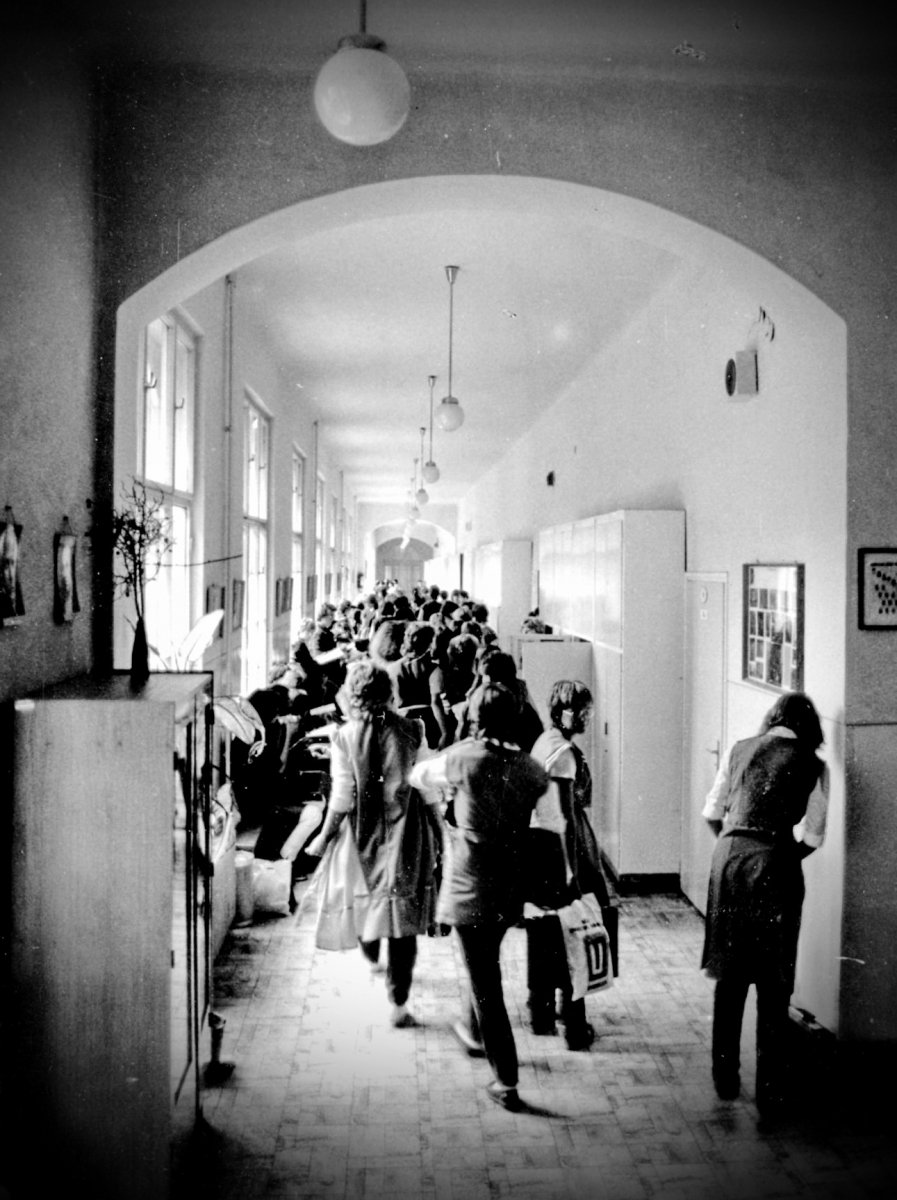 The Kádár era from 1965 to 1985 in respect of content and form was based on the educational reforms 1945-50. The system established in  that period was complemented twice during the abovementioned era.

As the secondary training of technicians had come to an end, the first secondary vocational class was launched in the school year of 1964-65 where professionals with education approximating to the level of grammar schools were trained.

The 1970-ies were a landmark in the history of the school in several aspects. On the one hand the system and form of education was significantly changed. This decade witnessed a considerable broadening of the educational opportunities, alongside the traditional ones, classes specialised in foreign trade also appeared. Internship and the use of modern technical devices (specially equipped training rooms, language labs) were given an increasingly important role during the education. Departments specialised in different subjects  were also set up this decade, by which  the evaluation system and the educational-pedagogical methods were significantly reshaped.

By the end of the 1980-ies Hunfalvy became one of the best vocational schools of the country which was in a great part due to the invaluable merits of the teaching staff of the 70-ies  and  Bernáth Lászlóné, the director of the school since 1975.

The second part of this decade saw the rebuilding and refurbishment of the school, during which years teaching was temporarily relocated to the Hámán Kató Vocational Secondary School in Jurányi street. The “old building“ of the school has had its current façade since this reconstruction.

In the early 80-ies the 5+1-day teaching (6 school days per week) was gradually withdrawn and during these years were the first computers installed and appeared the first elective courses. The school celebrated the centenary of its foundation in the Budapest Operetta and Musical Theatre in 1984.

The most influential educational reform of the 20th century was introduced also this academic year (1984-85), which meant a considerable change both in the curriculum and in the new forms of education: the bilingual education began in Hunfalvy.