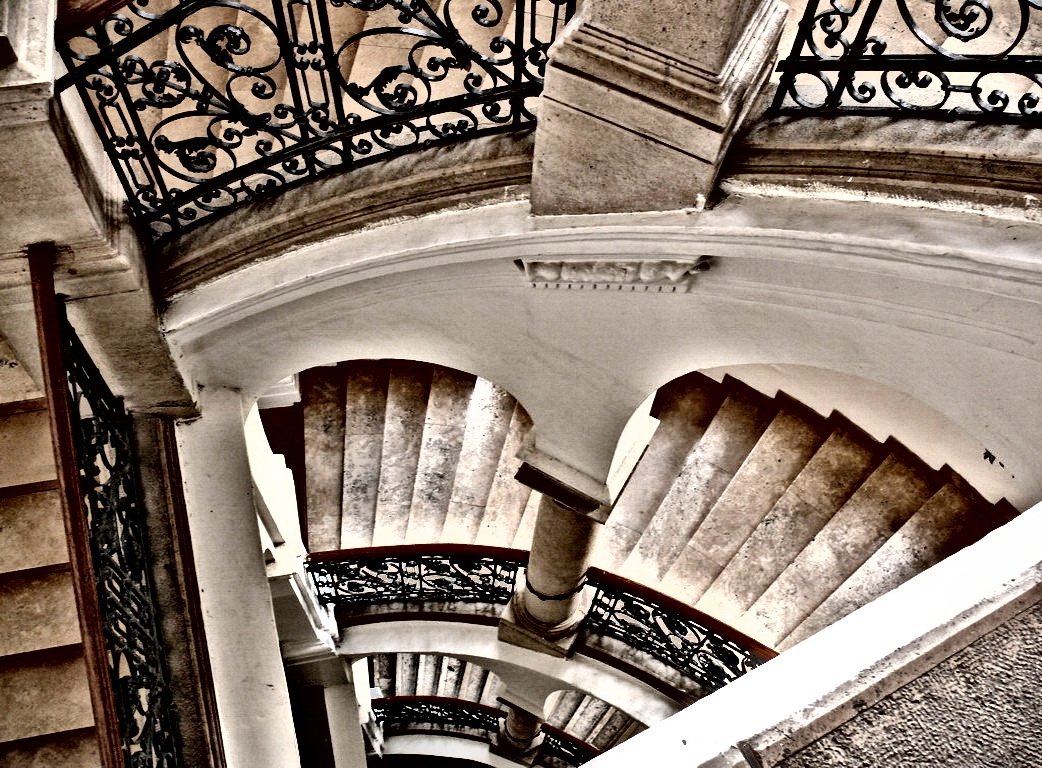 In 1895 the city decided to build an independent school and in the following year a 2200m2 plot was purchased from the Capuchin Order. Construction began on the 12th of September, 1898 under the direction of Ármin Hegedűs and on December the 15th of the same year the roof was raised! The inauguration ceremony of the first school year was held on the first of September, 1899. 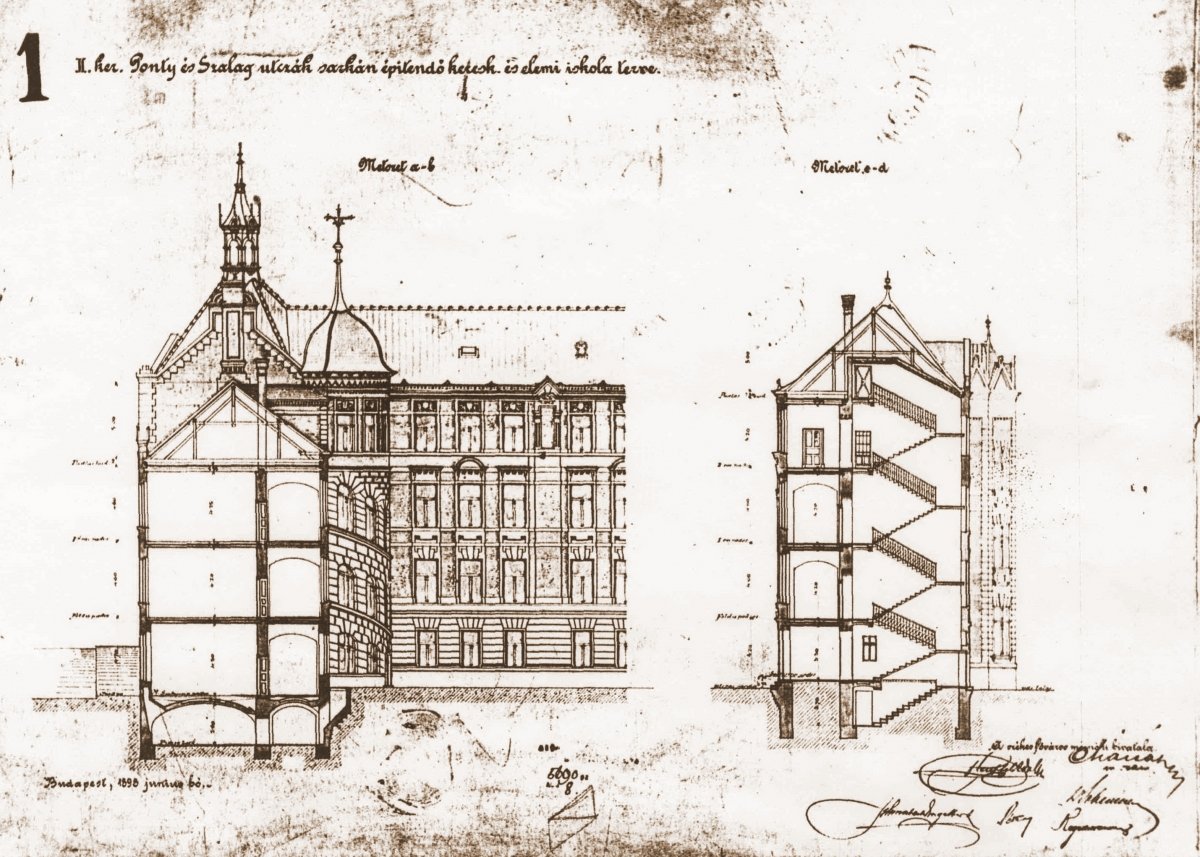 As Hegedűs Ármin the architect of the capital city, who had planned the building, said:

’ …..a difficult problem has been solved while building the elementary and trade school on the corner of Ponty and Szalag street in the second district.  Since there weren’t any other suitable site available in the area, the local authority had to purchase the backyard of the Capuchine monastry. This site was cursed with everything which can make an architect desperate. Towards Ponty street the site descends 8.84 meters, towards Szalag street 4.74 meters.

Further more 2-3 meter high soil layer needed to be added to the slope to level the school yard, to make things worse towards the monastery yard there had to be built a 4 meter-high and 2meter-wide supporting brick wall.

The rocks of the slope which had to be carved down, the old,abandoned wells in which workers were searching for ancient ,turkish treasures but they didn’t even find the bottom of the wells, so finally they were filled with concrete, all these problems proved the unsuitability of the building site. Szalag street which sretches along the school building is only 5 fathom wide. So if all the tiny, one-floored houses were enlarged with the permitted second storey, there wouldn’t be any light in the classrooms.That’s why we turned the building. All the corridors are along Szalag street while the classrooms face the back yard and river Danube.’

In 1934 at the 50th anniversary Ernő Strébel, the headmasterof the school received a honorable diploma from Bálint Hóman the minister of education. The more and more popular educational institution has been enlarged constinuously since then.

The school got some new classrooms from the elementary school working in the same building and some construction work was carried out as well.The World War II. didn’t only make the school as an institution fall apart but the building was seriously damaged, too. From the earliest moment possible good intentions and effort worked on a restart. The replacement of the school laboratories and library and ’donations for heating’ enabled education again.

Although in the early 50’s there were changes of name, profile and direction,, still the building could be renovated and redecorated. In 1959 our ancestors could celebrate the 75th anniversary of the institutionin a renwed building.

1975 meant the begining of a major reconsruction. For 2 years the school moved to Jurányi sreet, into Hámán Kató secondary school of Economics. In 1977 we could move back in the modernized building with a new gym and some specialised classrooms.

The gym tent was built in 1983. In 1986 an attic, with two classrooms, was added to the school building.

In 1996 the school got a new wing where a 100m2 office classroom, computer rooms and a new gym can be found.