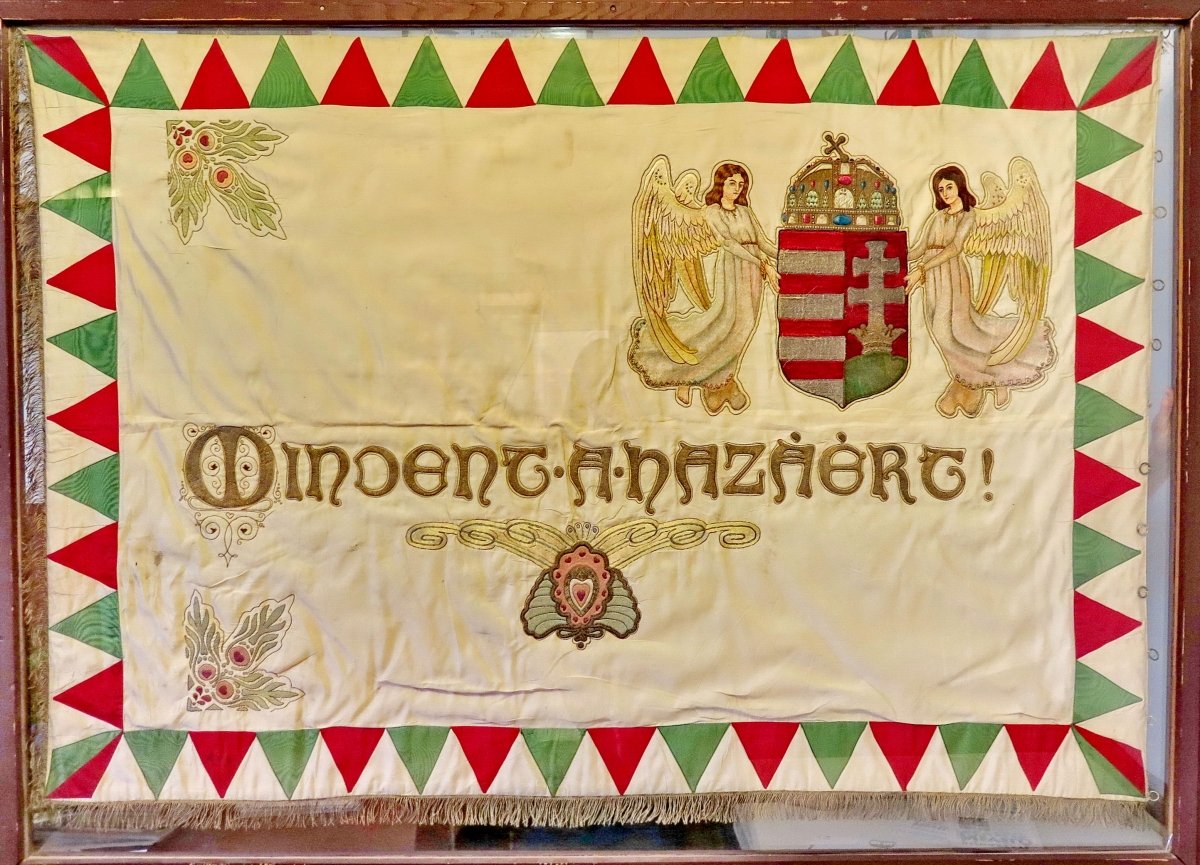 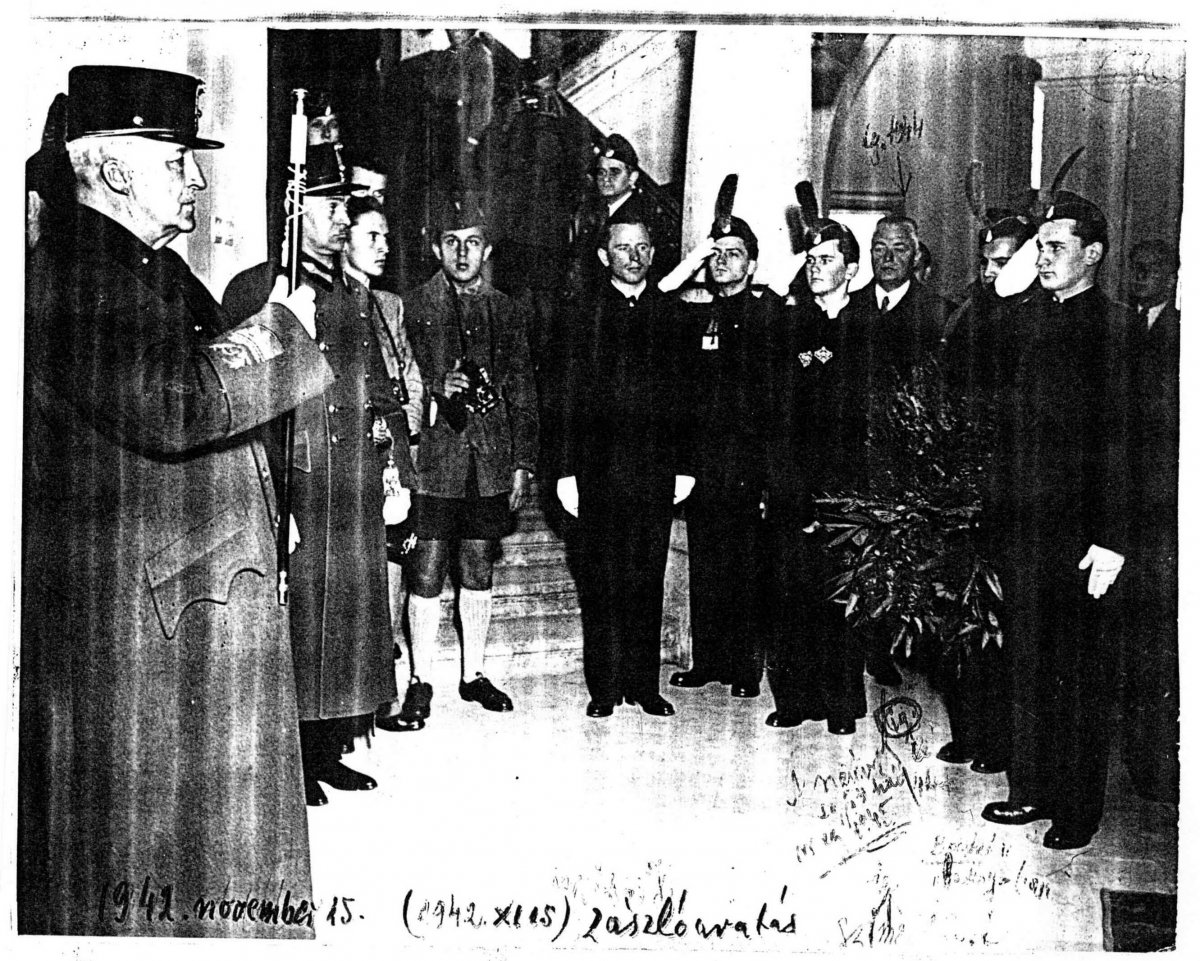 Many of the heirlooms of the school, including the school flag, are imbibed with the values upon which the school was founded. The school flag radiates a message from the past to the present: "Dear Youth! You, who now sit on the hard school benches, struggling with various academic subjects, let the flag inspire you to diligence and persistence!" (Dr. Ferenc Nagyőszi, teacher, 1907)

„Our flag” movement was started in the year 1905 by the students of the school. The long list of donors can’t be read without being moved. The material of the flag was ordered from France. Professor Benczúr designed this stylish flag with the help of the Hungarian College of Industrial Arts, with decoration originating from remains of the war of independence freedom flag, and adorned with the noble words of Lajos Kossuth: “All for the country”. The flag was embroidered by Margit Barna, schoolmistress and Mrs Béla Schack fulfilled the role of the guardian of the flag. Her wonderful dedicated ribbon can be seen hanging on the corridor wall in front of the teachers’ staff room. This ribbon itself is a fine piece of art work.

The flag was inaugurated on the 26th of May, 1909, in the following circumstances: “The flag arrived with the accompaniment of the Director General of Trade Schools and a group of youths, and the ceremony began in a decorated marquee in the school courtyard. Dr Ferenc Nagyőszi, teacher, spoke:

“Honoured Celebrants, Dear Youth! Nations and associations generally use flags as a way of expressing a common interest, which binds them together with conviction to serve a common goal. The flag serves to keep this purpose before their very eyes and is followed. Dear Youth! You, who now sit on these hard school benches, struggling with various academic subjects, let the flag inspire you to diligence and persistence!”

These were moving words full of pathos. The flag depicts angels holding the city’s coat of arms. The lettering and other decoration can be characterised in the style of domestic applied art nouveau. The characterisation of the angels matches those found at the beginning of the ‘Alagút’ tunnel and those found also in the main staircase of the Opera House and the Saint Stephen Basilica.

In 1950, all objects containing Christian symbols were ordered to be burnt. The school porter at that time, ‘Uncle’ Mike, who can be seen in many old school photos, could not bear that this should come to pass. He took the flag home and hid it in a wall in the cellar of his weekend house. In his last will and testament, he instructed his widow to give the flag back to the school if and when the time was deemed appropriate. In 1983, his widow handed the flag over to Mrs László Bernáth, then headmistress, who took care of its restoration and storage. One can hardly imagine the joy caused by the flag’s reappearance, as it had remained very much in the common memory of the school, both through its appearance in school yearbooks and through the good work of Ms Anna Pagurka, the school librarian.